There are several new and old names in the mobile sector that are becoming popular in India, there is no doubt that most of the company’s manufacturing Smartphone and mobile phones in India are foreign names with heavy demand in the Indian market. In order to let you know the famous mobile brands in India, we have made the list of top 10 available options based on the quality, popularity and the review of customers about the mobile products.

ZTE is the Indian telecommunication equipment company that earns the 10thspot in the list, recently the company partnered with Microsoft to provide latest hardware parts for the Windows Phone. ZTE apart Smartphone is known well to manufacture mobile quality accessories as ZTE mobile batteries and hardware parts offer great life to your phone. ZTE launched several phones and Smartphone in India but due to common features added in the phones with no smarter looks, ZTE phones impacted Indian audience with low popularity rate.

The Indian Company that has gained lots of popularity through advertisement is the Karbonn Smartphone and mobile phones. Karbonn was founded in the year 2009 and the company carries its headquarter both in Noida and Bengaluru. There are over 500 service center for the Karbonn across nation and 150 exclusive stores for Karbonn mobiles. The Titanium series of Karbonn is the most famous model for the company.

iBall has its headquarter in Mumbai region of India also called as the economic capital of India, the electronic based company in India develops Smartphone, Tablet, Computer Accessories and Headphones mainly. The Company was founded in the year 2001 and the Smartphone offered by iBall are available to buy both at outlets and online shopping portals sites. The iBall Andi series of phones are the most famous Smartphone series with latest android operating system, the range of iBall phones can be categorized as budget and semi budget phones.

The Electronic, mobile based and IT based company with its base in Delhi has gained the seventh spot in our rankings of the best mobile phone manufacturing companies in India. Intex boasts to manufacture all the mobile parts and accessories in India that gives rise to the Make In India campaign. The customer based performer Intex has over 500 service centers across India and there are total 30 branches for Intex Private Limited across India. The Aqua series launched by Intex Smartphone is the most advanced and popular series of phone launched by the company.

Maxx as the name suggest has a big impact and reach over Indian audience, the company was launched in the year 2004 in Haridwar region of Uttarakhand. The company mainly assembles phones with common calling features, the Maxx phones are ideal as the budget range of phones with durable life. Maxx phones are easily available at the leading mobile and electronic stores across India, some of the top models are also available to buy online.

Lava advertising its phone with Indian Great player M.S Dhoni is ready to compete with the world best Smartphone companies in India, in the recent survey it proved to be the strongest brand in the telecom sector. The company has its base in Noida, the company mainly deals in Smartphones, tablets, featured phones and routers for the Wi-Fi. Lava has opened more than 1200 service center in India in order to offer better rated customer based services.

Spice is the vintage and the oldest mobile manufacturing companies from India, Spice Telecom registered its name as one of the few mobile based company in India to launch the touch screen series of phones. The company was founded in year 1997 and its headquarter is located in Punjab and Karnataka. Spice Stores are available all round India, these stores offers great range of Smartphone of leading brands in India under same roof with great and exciting offers. 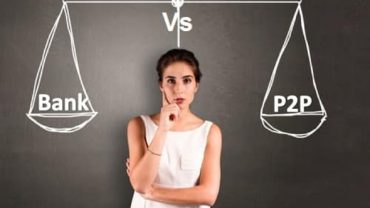