There is much more to the state of Bihar than just the unique dialect and the politicians like Lalu Prasad Yadav. It is India’s 13th largest state by area and the 3rd by the population. Let us find out some of the lesser known interesting facts about the state of Bihar in the article that follows:

2. Not many people are aware of the fact that the state of Bihar is actually very important for the trade and economy of the country. In fact, the state held a huge significance since the early days of the Vedic period. At one point in time, Bihar was the capital state under the Mauryan empire and had Magadha, Anga, Vijji, Janaka, amongst many others as its important kingdoms.

3. Ever heard of the famous Nalanda university that is located in the capital city of Patna. Well, the state of Bihar, during the ancient days was known to be a storehouse of knowledge and the Nalanda university is just a reflection of the same. The Nalanda University is one of the oldest universities in the world and still attracts students from far and wide. In fact, such is the knowledge power of the state, that it is believed that students of the state are particularly good at mathematics. The Nalanda library has always been known to attract people from different parts of the world including Iran, Japan, Greece, China, and Korea. The students seem to excel despite the fact that their families struggle day and night to make ends meet.

4. Besides, the state of Bihar is home to the oldest Hindu temple of Mundeshwari. Located in the Kaimur district of the state, the temple is dedicated to both Lord Shiva and his wife Shakti. The four headed Shiva idol is the major attraction of this Hindu temple. Not only that, the state is known to be the home of some of the world’s most renowned religious places which includes the Mahabodhi temple, the Agam Kaun, the tomb of the famous Sher Shah Suri, amongst a host of other religious sites.

5. Well, not many people are aware of the fact that the state of Bihar has given India a lot of IAS officers. In fact, it is the second most important state that has produced many numbers of IAS officers. It is known that the state has produced more IAS officers for India than the states of Gujarat, Kerala, Karnataka, Andhra Pradesh, and Tamil Nadu combined together. This should not be very surprising given the storehouse of knowledge the people of Bihar seem to have!

6. Do you know the name of the first Prime Minister of the beautiful Mauritius? Well, it was Seewoosagur Ramgoolam. And Yes, he was from Bihar. Besides, being the prime minister Seewoosagur also served as the chief minister and the governor general of the country. Not only that, he was fondly called the father of the nation of Mauritius. You can imagine the amount of popularity and influence this Bihari had on the political environment of the country.

7. Another interesting fact about the state of Bihar is that is has a long wi-fi zone. In fact, the wi-fi zone launched by the government of Bihar in Patna is so long that is runs to around 20 kilometers. The same was launched in the year 2014. This is enough to make it the longest wi-fi zone of the world. Hence if you are in India and are visiting the capital city of Bihar, ensure to turn on your wi-fi, particularly when you are on the way between Ashok Rajpath to Danapur.

8. It is indeed intriguing to know that the concept of non-violence actually originated from the state of Bihar. About 2600 years before, it was Lord Mahavira and Lord Buddha who came up with this idea which eventually would become one of the most followed thoughts in the history of India. Besides, the biggest of the two religions in the world by the name of Buddhism and Jainism were actually born in the Indian state of Bihar. It was from here that Buddhism was spread in different parts of the world.

9. Bihar attracts a lot of tourists from all across the globe- More than what we actually think it to be.It actually has more tourist places then we thought it did. Amongst the most visited tourist attractions of the state include the tomb of the Mughal emperor Sher Shah Suri and the Maner Sharif. These two structures are marveled at the grand architecture in which they have been built. Apart from that, the people from different parts of India and otherwise are intrigued by the history of the state and come to visit the Bodhi tree which is known to provide enlightenment to Gautam Buddha.

10. Chhath puja is one of the major festivals in India and it has its roots in the state of Bihar. This festival is clearly a reflection of the fact that the state is rich in its culture and the fact that Bihar has a major influence on other parts of the country as well. Chhath puja is dedicated to Chhath Maiya and the Lord Surya. People all over the country celebrate this festival with great pomp and show. 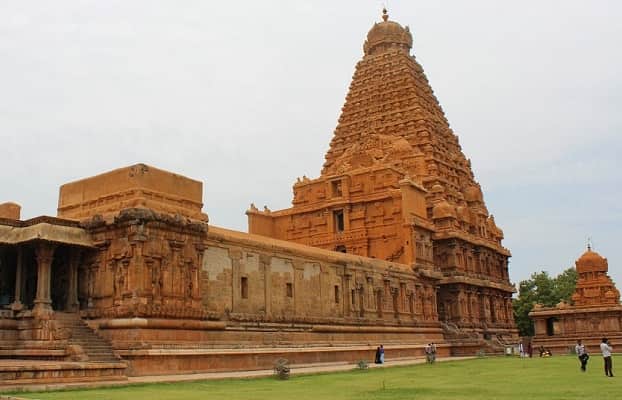