Earthquakes are devastating and to out bad luck, India lies above major tectonic plates which makes almost every city and state in India prone to earthquake. There had been some of the major earthquakes in India which flattened the whole city at once and it was not just a onetime event. We know that we will experience these earthquakes again.

As per the researchers, the Indian plate is going into Asia at a rate of about 47 mm per year and that is one of the reasons for the earthquake. Talking scientifically, India is divided into the four seismic zones and they range from Zone 2 to Zone 5. You might be wondering that what does it means so here is a small explanation. Zone categorization is the risk classification and Zone 5 experiences the highest level of seismic activities whereas the Zone 2 experiences the lowest level of activities in India.

Do you know which cities lie in Zone 5? What is the rating of your City? Well, if you would like to check out the risk factor for your city then go through this article as we have listed the top 10 highest earthquake-prone areas in India. So here is the list.

Thiruvananthapuram is first on our list and this is the second city in Kerala that lie in the zone 3. The city has close proximity with lines of faults and the city also lies in the coastal belt which makes the city prone to tsunamis as well.

Kolkata is one of the densely populated cities in India and unfortunately, the city also lies in Zone 3. To deal with the problem, the government has conducted a details study about the seismic zones in the city so as to come up with proper evacuation plans for the city.

Kochi in Kerala also lies in Zone 3 and the city lies above a seismic fault zone which makes Kochi highly pore to the earthquake. The government is conducting a detailed study of the same so as to ensure that the people would not have to suffer in case of a major earthquake.

The area around Koyna dam in Pune is highly active area when it comes to the seismic activities and in addition to this, the Koyna Dam lies very close to India and hence the city of Pune is classified under the Zone 3. This makes Pune prone to earthquake.

Chennai comes on Number 5 and as per the information available, it is known that Chennai was once upon a time listed in Zone 2 but presently, the city is listed in Zone 3. This is all because of the higher activities in tectonic plates and in addition to this, Chennai is also prone to floods which makes the life difficult for the people living in the city. The city also lies on the coastal area and hence the fear of tsunami is always there. The city has once been hit by the Tsunami and we hope that such disaster doesn’t occur again.

Bihar is another Zone 4 city in our list and the city is highly prone to earthquakes. The city has experienced many strong earthquakes in the past and they were devastating. The number of casualties was high and it took a long time to rebuild the city.

Remember the earthquake in Nepal? That earthquake also had a huge impact on the city and in past also, there had been many severe earthquakes in Bihar

Mumbai is the next city on our list that lies in Zone 4 and the city is certainly quite vulnerable to earthquakes. The problem with Mumbai is that it lies on the coastal lines and that increases the risk of facing a Tsunami. The government has already placed the warning systems in the place but disaster can happen anytime. The city shares its border with Gujarat and hence Gujarat also experiences some of the major earthquakes.

If you live in Delhi then you must have experienced many earthquakes on annual basis and that is because the city lies in Zone 4. In addition to this, Delhi has also been hit with many strong earthquakes in history. It is known that the area surrounding the banks of Yamuna River is the most active area when we talk about the seismic activities and the area of Chhatarpur basin is also highly prone to earthquake. There are many areas in the city which are densely populated and that makes the evacuation really a tough job. All new building constructed in the city are earthquake resistant so you do not really have a reason to worry about the earthquakes.

Srinagar also lies in Zone 5 and that is the reason why you keep on getting news about the earthquake in Jammu and Kashmir. As per one of the estimate, 11% of the area of Kashmir valley is prone to the earthquake of high magnitude and this sector includes some of the volatile sectors like Anantnag, Pulwama, Budgam,and Kupwara. All these areas are densely populated and that adds on to the problem of the disaster management teams. A part of Jammu and Kashmir also lies in Zone 4 and that part is the area of Leh and Ladakh reason. The tremors of the earthquake in Jammu and Kashmir are felt in Pakistan as well and they are certainly strong enough earthquakes to flatten the whole city. 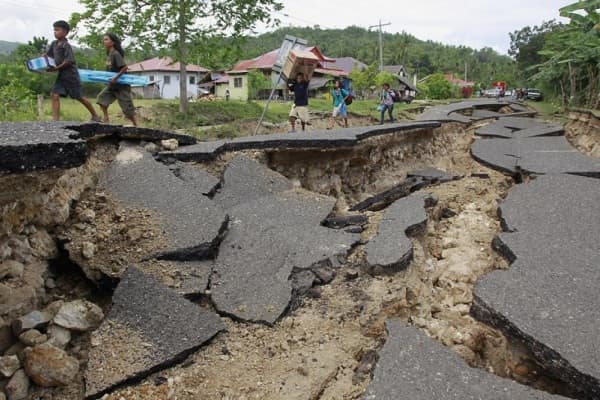 You might be surprised to learn that Guwahati lies in Zone 5 and it is highly prone to seismic activities. The city lies in Assam and the tremors are felt across the 7 sisters. Small earthquakes are common over here but the city has certainly seen some of the worst earthquakes in the history of mankind. Here, the earthquake predictions are notified to the public on a daily basis so that people can stay safe and stay prepared for evacuation. The tremors of the earthquake in Assam are also felt across the border which is mostly dependent on the epic center of the earthquake.

These were the top 10 cities which are prone to the earthquake in India and we hope your city is not present in the list. If your city is present in the list then do not worry as the architects today uses the design which is earthquake resistant and hence the risk of an earthquake on infrastructure is mitigated easily. Remember, in case of an earthquake you must evacuate the building and move towards an open area. Do not use the lift during any such event and stay safe. 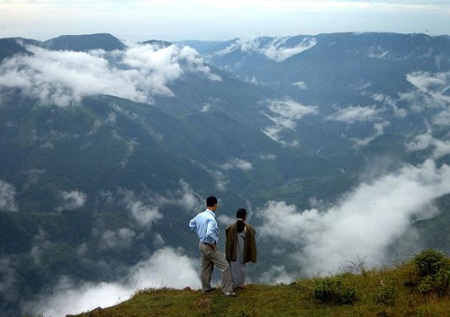