Nayanthara is one of the most sought after actresses in the South Indian film industry, and she has done a number of Malayalam, Tamil and Telugu movies in her illustrious career. She has bagged a number of awards and honors for her outstanding performances and has also earned a place in the list of 15 Most Desirable Women by Kochi Times. 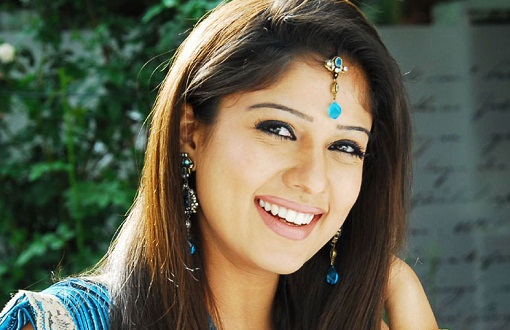 Income Sources: Nayanthara is amongst one of the highest paid actresses in the South and her acting career is the main source of her income, though she has made money through modeling too. She has also tried her hand in production.

Marital Status: Nayantara was in a relationship with the well known actor, director and choreographer, Prabhu Deva, but the relationship ended because he was already married.

Nayanthara comes from a family of Malayali Christians, with her family hailing from Kodiyatt in Kerala though she was born in Bengaluru. Her father Kurian Kodiyattu served in the Indian Air Force, which is the reason why she spent most of her childhood in various cities across the country. Her schooling was done in Delhi, Gujarat and Tiruvalla, where she later went on to complete her bachelor’s in English Literature. She was actively involved in a modeling career during her college days and this was where she got her first film offer, but refused initially. Later, she decided to give it a try, with the view that she would do only one movie but the rest is history. The actress had her share of controversies because of her affair with the married actor Director, Prabhu Deva but it ended after protests from the public. Though born as a Christian, she converted to Hinduism in 2011 and officially had her stage name Nayanthara issued in the legal sense.

Nayanthara started her film career in 2003, with a Tamil movie called “Manassinakkare”. Later, she stepped into Tamil and Telgu industries in 2005, with the films called “Ayya” and “Lakshmi” respectively. From there on, there was no looking back for this accomplished actress and she went on to become an actress with huge fan following down South. She has also appeared in one Kannada film called “Super”, a 2010 release. She gave a brilliant performance in the 2011 movie called “Sri Rama Rajyam”, which had her cast in the role of Sita. The role earned her the much deserved Nandi Award for Best Actress along with the Filmfare Award for Best Telugu Actress. The Tamil movie called “Raja Rani” fetched her Filmfare Award for Best Tamil Actress as well, along with the title of the Lady Super Star of Tamil Cinema. Some of the milestone movies during her career are “Maya”, “Thani Oruvan”, “Billa”, “Aadahvan”, “Arrambam”, “Naanum Rowdy Dhaan” and the list is almost endless. Nayanthara has proved her versatility as an actress by portraying an array of diverse roles.