Actors like Vikram have always stretched the extent of talent and creativity. They have proved a passionate actor’s mindset is well beyond commercial success; though all his flicks are whooping successful. Sometimes I wonder how to define his body/look. Anyway, in the compilation below we present you the top 10 movies of Vikram’s career. It’s so difficult to make such line-up as you can’t decide which one to pick and which to leave.

It’s a movie all about power packed performances. Apart from Vikram the movie stars another great actor Surya. Words are too less, dialogues are not necessary for an actor to prove his talent; Vikram proves this through the movie, and bags National award for best actor. The movie’s IMDB rating is 8.3.

This is yet another national award winning film of Vikram. In the tragic love story of 1999 Vikram bursts all his acting talent. It has got national award in best feature film category. Its IMDB rating is 8.1

Here we come up with another flick packed with powerful performances. Vikram as a mentally challenged father is simply outstanding. However, Sara playing his daughter’s character is just awesome as well. It is directed by A.L. Vijay.

Anniyan is a fantastic gift by Vikram for the thriller loving fans. In the year 2005 the movie bagged eight national filmfare awards. Directed by Shankar, the movie is considered one of the finest stuff in the contemporary times.

Kasi in 2001 is another incredible movie by Vikram. He bagged Filmfare award for best actor in it. It’s unbelievable, but true that Vikram rolled up his eye in the entire movie to bring perfection as the character is about a blind singer and poet. Its IMDB ranking is 8.1.

The recently released is also considered one of the milestone setting flicks by Vikram. I am sure even the greatest Hollywood directors would be even amazed to watch Vikram’s hunchback avatar in the movie. He plays the character of a body builder and super model as well in the same movie.

The movie has nothing except Vikram’s mouth opening performance. The gap of perfection between Vikram and Abhisek bachchan was clearly visible in the movie. In fact, the Hindi edition was a big flop. To get the best taste of the flick watch it for Vikram. It was a matter of discussion then.

Dhool is another commercial stereotypic, yet thorough entertainer by Vikram. Jyothika and Reema Sen was his co-actress in the movie. It was directed by Dhanraj. The movie represents a perfect team work as the other actors like Vivek, Sayaji Shinde, Telangana Sakunthala and Pasupathy have played their parts perfectly as well. The action movie was released in 2003.

Gemini has everything for an Indian audience. If you are looking for a quality time spend during holidays, then Gemini is the perfect example. The movie was released in the year 2002. Apart from Vikram, Brahmanandam and Nmitha were the other actors in the flick. However, it was made in telugu as well where Venkatesh played the part of Vikram. Produced by M.Saravanan the movie was directed by Saran. 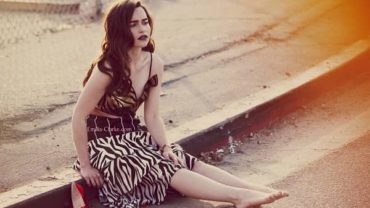